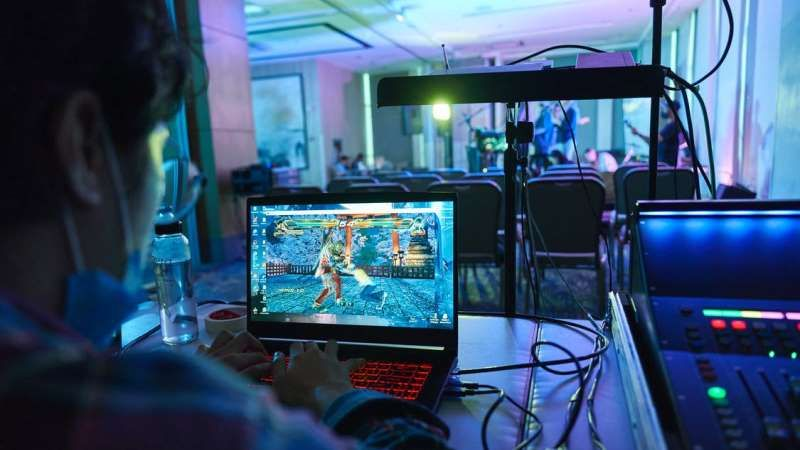 The surge in the number of gamers worldwide, coupled with innovations in gaming hardware, led to the market size of gaming laptops and computers worldwide experiencing huge growth. The Digital Journal reports that the global gaming laptop market size is projected to reach $17.15 billion by 2028, at an estimated annual growth rate of 5.9%. This increase has led to the introduction of two gaming powerhouses: the HP Omen 17 and the Lenovo Legion 5 Pro. In this article, we will find out which is the best gaming laptop between HP Omen 17 Vs. Lenovo Legion 5 Pro in detail below.

HP and Lenovo, two top technology leaders and computer manufacturers in the industry, have created two top-notch products for novice and professional gamers. As authorities in creating gaming gear, these companies have proven time and again the quality and workmanship of their products. In fact, many of the best-selling gaming laptops on Adorama are made by HP and Lenovo. Their products are known for high-end graphics cards, incredibly fast processors, plenty of RAM, and a high-definition display that prioritizes refresh rates and a high resolution. For gamers, more than the aesthetics of their setup, these are the factors that decide what they will buy to complete their gaming experience.

Today, we’ll focus on two of the newest products catering to gamers: the HP Omen 17 and the Lenovo Legion 5 Pro. We’ll look into the features, playing power, and design of these two products:

The HP Omen 17’s 2560×1440 resolution combined with the GeForce RTX 3070 allows for smooth gaming and solid frame rates. Its GPU can run most ray-traced games, and the frame rates of games will improve considerably if you’re willing to play at 1080p video quality. Gaming on the Legion 5 Pro is also comparable, with high frame rates depending on the resolution settings. Both systems can be manually optimized to maximize their performance.

The Lenovo Legion 5 Pro comes in a storm gray color that is perfect for both work and leisure. Without any fancy decal or design, it can be carried around for official business should the need arise without compromising its gaming function. On the other hand, the HP Omen 17 offers an incredibly immersive performance within a portable machine. Its 17.3-inch screen is bigger than the Lenovo Legion 5 Pro. This massive screen is more than enough to enjoy your games in the highest detail and immersion while being capable of handling multiple tabs and windows for other tasks at the same time. Both these designs pair well with the gaming mice featured on The Strategist and can be hooked to external monitors for the complete gaming setup for professional gamers.

Whether you’re looking for a workhorse that can run high-end triple-A titles or just a reliable machine for your regular game nights, the HP Omen 17 and Lenovo Legion 5 Pro are excellent starting points in your gaming laptop search.